Our effect on the water cycle

LO: Exploring how human management of water impacts on the water cycle

By now you’ve probably realised that there’s quite a few things which can affect the water cycle. While nature plays a big part in how the water cycle works, so do we. Humans have had a huge effect on the water cycle. This is largely because, we don’t just use water for drinking. We use it to cook, wash,grow food, fight fires, keep cool, make our clothes, clean our houses and generate electricity. 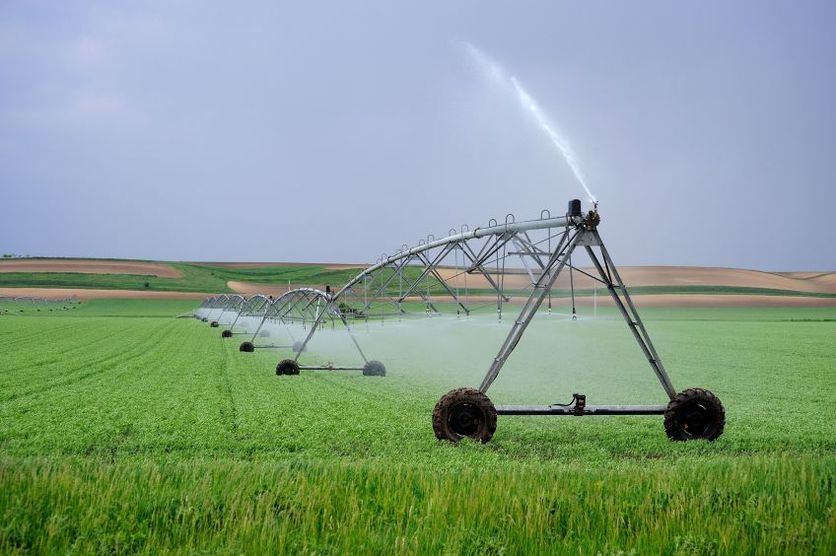 If you look at a satellite image of Australia you’ll notice it’s pretty dry. The problem is, most plants and animals need a good and constant supply of water to grow. This means we need to use water to help them grow. In fact, most of Australia’s water goes to agriculture. Farmers will spray and water their crops to prevent them from dying from dehydration. The process of artificially watering land that does not get enough water through rainfall is called Irrigation.

In order to water these crops water is taken from groundwater, rivers or lakes. This means, that a lot of the native plants which live downstream are deprived of water. When farmers use pesticides and fertilisers, some of that will flow into the rivers, eventually affecting the plants and animals which grow downstream.

Deforestation, is the removal of trees. This has a huge impact on the water cycle, because trees normally release water vapour into the atmosphere through transpiration.

If a lot of trees are cut down, this can cause issues for other areas in the environment, since there is less water evaporated into the atmosphere which lead to less rain. Not only does it cause less rain in some areas, but it also affects how the rain interacts with the land when it falls. Having less trees around to absorb the water, leads to more droughts, flooding and water run off. This can impact animals and other plants which live there.

You may have already heard of the term ‘Fossil Fuels’ before. We often use fossil fuels to produce electricity, run our cars and operate machinery.

When we burn fossil fuels it releases carbon dioxide into the atmosphere. Carbon dioxide is a greenhouse gas, which can absorb heat. When it enters the atmosphere it causes the air around the earth to stay warm. This additional heat causes more water to evaporate and become water vapour in the air. This in tern changes the way the water falls back down, causing droughts in some areas. As the atmosphere heats up, it is causing the ice caps to melt, causing more water to enter the cycle. This heating is called global warming.

We are one of the driest continents on Earth. To make sure we have enough water to produce our food and survive we have created Dams and reservoirs to hold and collect water.

Dams have a host of uses. Primarly they are a source of irrigation and drinking water for regional towns and cities. However, we can also use them to supply water for industrial use, use them to generate electricity (Hydropower) and manage floods.

While dams help us a lot, they don’t always have a positive impact on the environment.  Animals and plants downstream which relied on the rivers and lakes the water would have flowed into. This decreases the amount of water flowing down rivers and into the ocean.

Did you know? Roman aqueducts

It hasn’t only been in the last few years that humans have started manipulating streams and rivers. Ever since we started forming communities thousands of years ago, we’ve found ways to manipulate water.

In 312 BC the Romans built massive bridges, to transport water from the mountains down to their cities. Some of these aqueducts still stand today! To build a 10 m high, by 275 m width aqueduct duct, it would take roughly 2 million large blocks!

They work on a simple principle, water seeks it’s lowest level. This meant that over the course of the aqueduct (in some cases 60km) it had to gradually become more and more steeper.